Takeshi Kitano
Lieutenant Colonel Daisuke Aramaki (荒巻大輔 Aramaki Daisuke) is the Section Chief of Public Security Section 9. He notably holds this recognized rank from the Japan Ground Self Defense Force. Among the operatives of Section 9, Daisuke is the one who never engages in direct missions, but offers a great array of diplomatic support in return.

In Stand Alone Complex, Lieutenant Colonel Aramaki is a strict chief, who is referred to by others in Section 9 as the "old ape" (likely due to being drawn in the original manga with a face that appeared to be half monkey, half man). He is fiercely loyal and protective to the members of Section 9, and would often put his own career on the line merely to ensure the survival of his team. Many government officials, like Kubota, are familiar with Aramaki's shrewdness and diplomacy. In this season, he notably covers Section 9 against conspiracies and the authorities' corruption.

In 2nd GIG, Aramaki uses his political connections and no small amount of bargaining with the newly elected prime minister, in hopes to get Section 9 reinstated. After successfully doing so, the Colonel goes on to supervise his crew during their investigation on Kazundo Gouda and the Cabinet Intelligence Service, while also keeping eyes on a rising refugee rebellion led by the rogue JGDSF commando cyborg known as Hideo Kuze.

It is revealed in Mamoru Oshii's Ghost In The Shell that Aramaki, together with Togusa, are the less cyberized members of Section 9 (as their only prosthesis is a cyberbrain).

In Rupert Sanders' 2017 live-action adaptaion, Daisuke Aramaki is portrayed by famous Japanese actor "Beat" Takeshi Kitano. In the film, Aramaki helps Mira Killian in her quest to find her true identity and protects her from the government officials, as well as the Hanka Corporation. Aramaki serves the same role as he does in most continuities, but is exceptionally seen in actual combat in the movie. 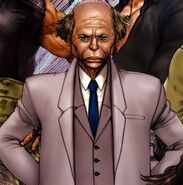 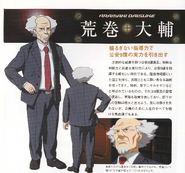 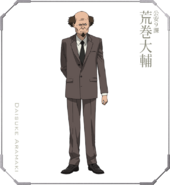 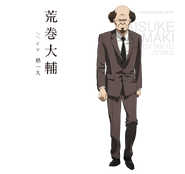 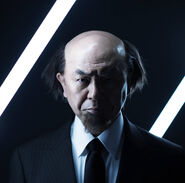