Ghost in the Shell Wiki
Register
Don't have an account?
Sign In
Advertisement
in: Anime Series, SAC 2045

S.A.C. Solid State Society
Ghost in the Shell: SAC 2045 is a Ghost in the Shell anime produced by Netflix. The character designer will be the russian artist Ilya Kuvshinov.[1] This will be the series first portrayal in full CGI animation as an animated series and, to achieve a sense of photo-realism with 3D graphics, will utilise motion capture technology for realistic motion.[2]

When sustainable war spawns a "post-human" threat, Major Kusanagi and her Section 9 team are called back into action.

In the year 2045, after an economic  disaster known as the Synchronized Global Default, rapid developments in AI propelled the world to enter a state of "Sustainable War". However, the public is not aware of the threat that AI has towards the human race.

Full-body cyborg Major Motoko Kusanagi and her second-in-command Batou are former members of Public Security Section 9, who are now hired mercenaries traveling the hot, devastated American west coast. This land is full of opportunity for the major and  her team, they utilize their enhanced cyberbrains and combat skills from  their time working in Section 9. However, things get complicated with  the emergence of "post-humans", who have extreme intelligence and  physical powers. The members of Section 9 come back together again in order to face this new threat. 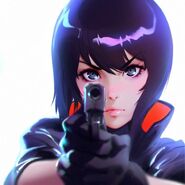 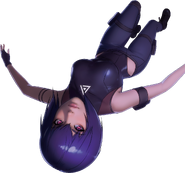 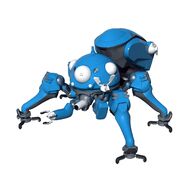 Behind the Scenes - Gallery

an illustration by an Ultraman author 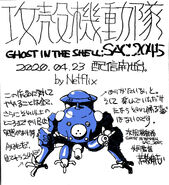 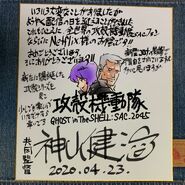