English
Ghost in the Shell is a live-action film based on the Ghost in the Shell series. It is directed by Rupert Sanders, starring Scarlet Johanssonn as The Major, Pilou Asbæk as Batou, Michael Pitt as Kuze, and Takeshi Kitano as Section 9 chief Daisuke Aramaki.[1] The film premiered on March 31, 2017 in theatres and IMAX.

In the near future, the vast majority of humans are augmented with cybernetics, enhancing various traits like vision, strength, and intelligence. Hanka Robotics, the world's leading developer of augmentative technology, establishes a secret project to develop a mechanical body, or "shell", that can integrate a human brain rather than an AI. A young woman named Mira Killian, who is the sole survivor of the cyberterrorist attack which killed her parents, is chosen as the test subject after her body is apparently damaged beyond repair. Over the objections of her designer, Dr. Ouelet, Hanka CEO Cutter decides to train Killian as a counter-terrorism operative.

A year later, Killian has attained the rank of Major in the anti-terrorist bureau Section 9, working alongside operatives Batou and Togusa under Chief Daisuke Aramaki. The team successfully thwarts a terrorist attack on a Hanka business conference, and Killian destroys a rogue mechanical geisha after it murders a hostage. Killian, who has been experiencing hallucinations that Ouelet dismisses as glitches, is becoming increasingly bothered by how little she remembers about her past. After learning that the geisha was hacked by an unknown entity, known only as Kuze, Killian breaks protocol and "dives" into its AI for answers. The entity attempts a counter-hack, and Batou is forced to disconnect her. Using the information she was able to gather, the two trace the hacker to a Yakuza nightclub, where they are lured into a trap. The resulting explosion destroys Batou's eyes, and leaves Killian's body severely damaged. Cutter is enraged by Killian's actions, and threatens to have Section 9 shut down unless Aramaki keeps her in line.

Kuze tracks down Section 9's Hanka consultant, Dr. Dahlin, and kills her. The team links her murder to the deaths of other senior company researchers, and realize that Dr. Ouelet is the next target. Kuze takes control of two sanitation workers and sends them to kill Ouelet. Batou, now with cybernetic eyes, kills one of them while the repaired Killian subdues the other. During interrogation, Kuze briefly speaks through the surviving worker before compelling him to commit suicide. Togusa traces the hack to a secret location, where the team discovers a large number of humans mentally linked together as a makeshift signal network. Killian is captured, and Kuze reveals that he is a failed Hanka test subject from the same project that created Killian, otherwise known as 2571. He urges her to question her own memories before freeing her and escaping.

Killian confronts Ouelet, who admits that Killian was in fact the 98th test subject, the only one to survive the process, and her memories are fake implanted ones. Cutter has decided that Killian is too much of a liability, and orders Ouelet to euthanize her. Instead, Ouelet gives Killian an address and helps her escape. Cutter kills Ouelet, but blames Killian, saying that she has gone rogue. He subsequently informs Aramaki and the team that Killian must be terminated by any means necessary.

Killian follows the address to an apartment occupied by a widowed mother, who reveals that her daughter, Motoko Kusanagi, ran away from home a year ago and was arrested, before taking her own life while in custody. Unable to process her emotions, Killian leaves and contacts Aramaki, who intentionally allows Cutter to eavesdrop on their conversation. Batou, Togusa, and Aramaki each survive attempts on their lives by Cutter's men, while Killian follows her memories to the hideaway where Motoko was last seen. There, she and Kuze meet, and recall their past lives as anti-augmentation radicals who were abducted by Hanka for use as test subjects.

Cutter deploys a "spider-tank" to kill them, and Kuze nearly dies before Killian is able to tear off the tank's motor, losing her left arm in the process. Mortally wounded, Kuze offers to merge his "ghost" with Killian's before a Hanka sniper kills him. Batou and the team rescue Killian, while Aramaki executes Cutter with Killian's consent.

The next day, Killian, now repaired and embracing her true identity as Motoko, reconnects with her mother before returning to work with Section 9.

In 2006/2007, Production I.G obtained live-action movie rights from Kodansha (the publisher of the original Ghost in the Shell Manga), and began negotiating with Hollywood studios. [4]

In 2008, It was revealed that DreamWorks had purchased to rights to produce the film, and had hired Jamie Moss to adapt the Manga into a screenplay. Sony and Universal had also put in bids for the film, but due to Steven Spielberg's personal interest in the Ghost in the Shell property, DreamWorks won the rights. Spielberg has been cited as saying "Ghost in the Shell is one of my favorite stories". [5]

In 2008, DreamWorks and Steven Spielberg acquired the rights to produce a live-action film adaptation of the original manga. Avi Arad (producer of the recent Marvel comic film adaptions) and Steven Paul are confirmed producers; Jamie Moss was originally hired to adapt the manga into a screenplay,[6] but in October 2009 it was announced that Laeta Kalogridis had replaced Moss as writer.[7][8][9] In an interview with MoviesOnline.ca, Kalogridis stated that the script for the live-action film will be based on Shirow's original manga and not Production I.G and Mamoru Oshii's animated movie adaptation. [10]. In the same interview, Kalogridis also said the upcoming movie will have "a lot of action", however "there's still going to be a lot of atmosphere – [The movie] is about vast possibilities – all of this technology, the Internet – it's about the limitless possibilities of this technology." DreamWorks has announced that the film will be made in 3D. The involvement of Kalogridis (the executive producer of James Cameron's Avatar), combined with comments by DreamWorks' head of production Adam has rasied some speculation that the 3D elements may be heavily integrated into the film. Goodman has said this project "epitomizes 3-D live-action motion picture possibilities." [11]

On January 24, 2014, it was reported that Rupert Sanders would direct the film, with a screenplay by William Wheeler.[12] Wheeler worked on the script for approximately a year and a half, later saying, "It's a vast enterprise. I think I was second or third in the mix, and I know there have been at least six or seven writers."[13] Jonathan Herman also worked on the screenplay.[14] Ultimately, credit for the screenplay was given to Moss, William Wheeler and Ehren Kruger.

On September 3, 2014, Margot Robbie was in early talks for the lead role.[15] On October 16, it was announced that DreamWorks had made a $10 million offer to Scarlett Johansson for the lead role after Robbie's talks for the role fell apart when she was cast as Harley Quinn in Suicide Squad.[16] In May 2015, Paramount Pictures agreed to co-produce and co-finance the film.[17] On November 10, 2015, Pilou Asbæk was cast in the film for the role of Batou.[18] According to TheWrap, Matthias Schoenaerts was circling the role of Batou that went to Asbæk.[19] On November 19, 2015, it was reported that Sam Riley was in early talks to join the film for the villain role as Kuze, the leader of most dangerous criminals and extremists.[20] But, on February 4, 2016, Variety reported that Michael Pitt was in talks for the role.[21] On March 3, 2016, TheWrap reported that Japanese actor Takeshi Kitano had been cast as Daisuke Aramaki, the founder and leader of the elite unit Section 9 tasked with protecting the world from the most dangerous technological threats.[22]

Principal photography on the film began on location in Wellington, New Zealand, on February 1, 2016.[23] In April 2016, the full cast was announced, which included Juliette Binoche, Chin Han, Lasarus Ratuere and Kaori Momoi.[3] In May 2016, Rila Fukushima was cast in a role.[24] Filming wrapped up in New Zealand on June 3, 2016. Filming also took place in the Yau Ma Tei and Jordan areas of Hong Kong, around Pak Hoi Street and Woosung Street on June 7, 8 and 10 or 14–16.[25] 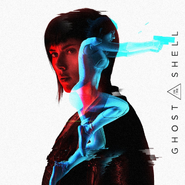 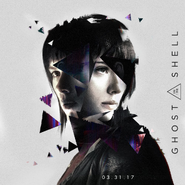 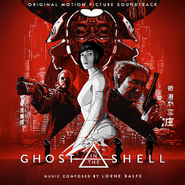 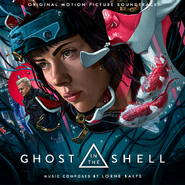 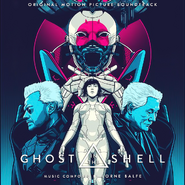 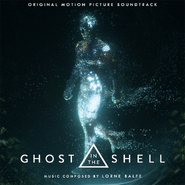 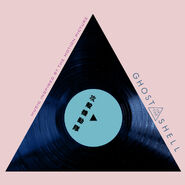